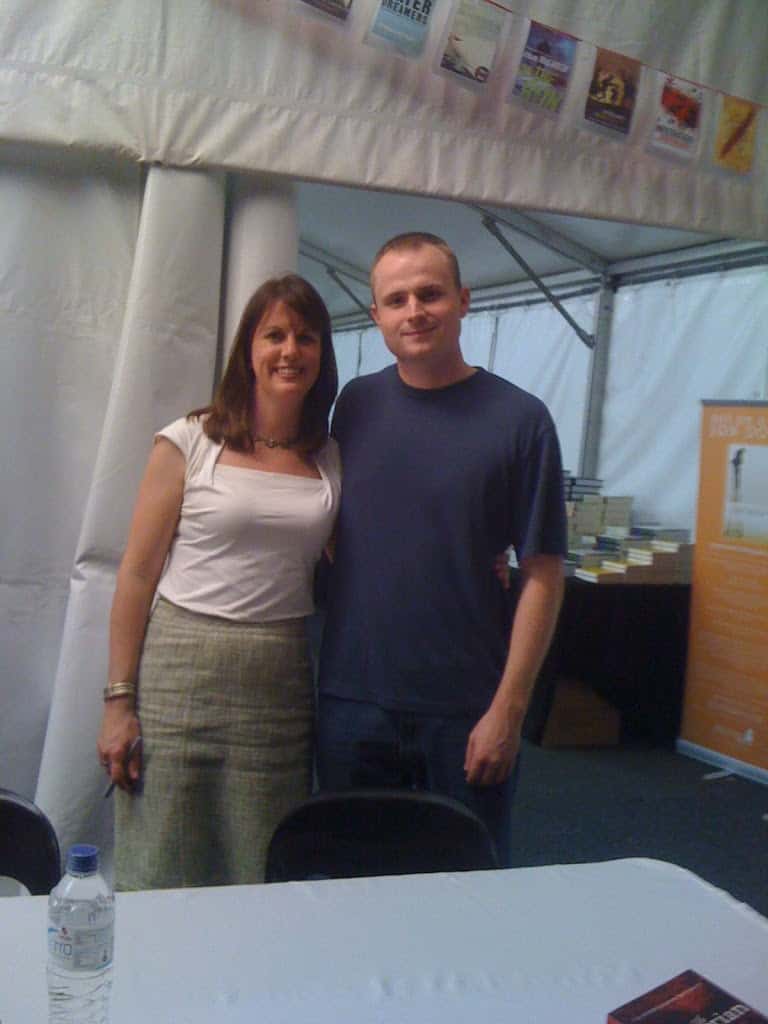 Considering I still find it surreal to see a copy of one of my stories actually bound and jacketed and available to purchase – just like a real book! – it should come as no surprise that one of the strangest and most humbling experiences I have is the opportunity to see foreign editions come in. I’ve had the wild good fortune to be published in a number of languages and in a number of countries, and the idea that anyone believes the books will appeal to people a world apart from the place where I write them is endlessly fascinating to me. It suggests a lot about the power of story, I think, and the way we can connect to universal themes and struggles. To be a part of that on any level is special.

I spent the end of February and the early part of this month in Australia, with stops in Perth, Melbourne, and Sydney, and will close out the month in Amsterdam, having a great chance to meet people who publish and read the books in other places. Australia was a wonderful trip, and I owe deep thanks to the many fine people at Allen & Unwin for their gracious hosting. I also had the chance to meet local booksellers, and their excitement for So Cold The River’s release was beyond encouraging. At least a half-dozen people told me they’d had nightmares while reading the galley. Strangely, this news always pleases me.

The Perth arts festival was excellent, and I had the pleasure of meeting some wonderful writers, including a pair of personal favorites, David Finkel, author of The Good Soldiers, which was one of my favorite reads of 2009, and Elizabeth Kostova, the wildly gifted author of The Historian and The Swan Thieves. Elizabeth and I share a publisher in the US now, but she’s always eluded me here, so I had no choice but to chase her to an island in the Indian Ocean. She then agreed to sign a book and take a photo, but you can tell from the uneasy smile that restraining orders are being considered.

A few things I took away from my time in Australia:

1) It is very, very difficult for me to avoid attempting an Australian accent when I am in the presence of one. To make matters worse, I did two events and drank many more beers with the talented Adrian McKinty, who is from Ireland, has lived in Harlem, and now resides in Melbourne, all of which led me to want to attempt a hybrid Aussie/Irish approach that, when privately rehearsed, left me sounding like Paul Rudd’s attempted Jamaican accent in I Love You, Man.

2) One of the best elements of being around publishers and booksellers from other countries is getting a sense of writers who have slipped under the radar (or at least my radar) here. I did an event with Colin McLaren in Perth, who has had a truly fascinating police career, and can’t wait to read his work. Rebecca James is getting worldwide attention for her debut, A Beautiful Malice, and everyone I spoke with said it is most deserved. Again, on my reading list.

3) American football has its detractors down under. If I had spent nearly the same energy trying to sell books as I did defending the merits of the NFL versus rugby, it probably would have delighted my publisher.