The Prophet is a New York Times bestseller — thank you! 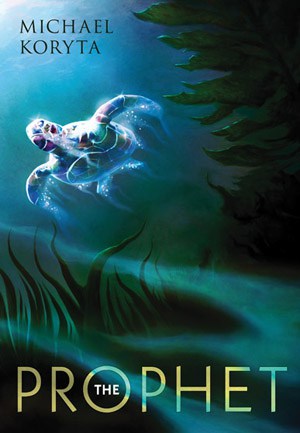 Had a wonderful if exhausting tour, and want to thank everyone who came out to an event, pre-ordered a book at an event, and, most of all to those who HOSTED an event. The booksellers were, as always, fantastic, and it’s a great chance to see people again and talk with readers. Even travel went well! For the first time, I wasn’t able to shut down the entire eastern seaboard simply by announcing my intention to go on book tour, which was remarkable. 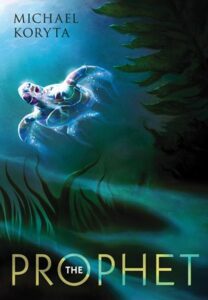 The Prophet appeared on the New York Times bestseller list at #26. Thanks to everyone who bought the book, sold the book, reviewed the book, and in general spread the word. Means a great deal.

Travel slows down but doesn’t stop — Decatur Book Festival appearance with Michael Connelly this weekend, and then stops at festivals in St. Petersburg and Portland, Oregon next month, and, of course, Bouchercon in Cleveland. I will also be returning to the Montana mountains and due to the popularity of my blog posts of the last trip (apparently people like to read about me making an ass of myself, interesting…) I will try to recapture the dramatic moments for you in blog form. Meanwhile, go read some good books. A few suggestions:

1) Gone Girl, by Gillian Flynn
2) Faces in the Crowd, ebook by Stewart O’Nan and Stephen King
3) When She Was Good, by Laura Lippmann
4) Five Skies, by Ron Carlson
5) Our Boys, and Soldiers First, both by Joe Drape for you football fans
6) Trinity Game, by Sean Chercover
7) The Thirtymile Fire, by John N. Maclean

That’s a skimming and scattering of recent reads or re-reads. Oh yeah, Lake Country by Sean Doolittle. I’ve got it, I haven’t read it, and I don’t need to in order to recommend it. Doolittle just doesn’t miss. He takes too much time off, but he doesn’t miss. I’m saving that one for a September fishing trip, which seems appropriate, and of course the new Steve Hamilton will make the journey with me as well. Also, if you’ve made the inexcusable mistake of missing the early Harry Bosch novels, The Last Coyote is a $2.99 ebook this month. Not a bad deal, that.

Start the drum roll for the October 2 release of Dennis Lehane’s Live By Night now. It’s the best book he’s written in years. And, yes, I realize that’s rather bold praise, but I’ll stand by it. You’ll have to read the book to argue with me, at least.

Hoping to have some updates on various film and TV projects forthcoming, and don’t forget that The Ridge is now out in a trade paperback edition that features my all-time favorite cover. The image is cool but doesn’t do it justice, either. The new edition includes an essay about the real-life exotic feline rescue center, www.exoticfelinerescuecenter.org go check it out and consider a donation, it’s an amazing cause and deserving of our support. A limited number of copies of both The Ridge and The Prophet are for sale at the center and if purchased there, 100% of proceeds go back to the cats.

For those of you who love collectible books (and who doesn’t) I can’t recommend Cemetery Dance highly enough, they do incredible, gorgeous editions, and I’m honored to have The Prophet on their list of upcoming publications. Check out the incredible artwork, http://www.cemeterydance.com/page/CDP/PROD/koryta01

Hope everyone is having a great summer, and thanks for making mine a special one.